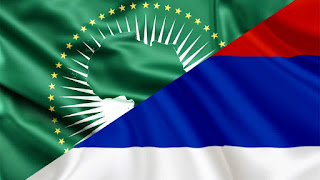 Russia is the one of biggest Empire in the world and still maintain the largest landmass to date but never had any colonies in any part of the African continent unlike other European who scramble to acquire what is left of Africa and almost went to war on a property that wasn’t their own. The British quest to block Russia from expanding southward into India led to their Great Game plan which played out well, that’s if Russians ever intended to expand southward in the first place. There have some claims that Russia came late to colonization more like that Germans but could they be right or wrong, well that’s what we are about to find out, the reasons why Russia didn’t have any African colonies.

Though I would like to note that Russia may not have had any colonies in Africa but they expanded westward and eastward, also neo-colonized their neighbor so they shouldn’t be clear from the list of the imperialist and bloodthirsty colonialist.

The reasons why the Russian never had colonies in Africa could be credited to either one or both of the points below:

While the Portuguese, British, French, and Spanish, etc were on their way to acquire land far from home and across the seas and oceans discovering new lands and people to trade the Russians were more concerned with their neighbors in the west and in the East and was busy creating a colonial empire in vast plains of northern Eurasia, Central Asia, and Eastern Europe. Russia started her empire expansion from 1300 till 1945 which makes it obvious that they were never late to the game of colonization but rather they were expanding from there and acquiring land from surrounding inhabitants both in Europe and in Asia. The vast track land gotten from the East was low-populated, mostly frozen northern part of Eurasia. By the beginning of the 19th century, they reached North America, colonized Alaska and even founded a settlement in California, Fort Ross. The native people of the lands occupied were ill-treated and I wonder what or how the administration of an African colony would have been if it ever happens. To cut this point short, Russia didn’t have many reasons to go far looking for resources because the conquered territories had what they wanted in abundance, agricultural land, wood, diamond, gold, oil, diverse mineral resources, fur, etc.

The second point can be accredited to the difficulty the Russian would face to send ships and supplies to a colony in Africa if they had one. The Russian navy was weak and not well equipped to face the other colonialist in any sea battle talk less of the bad situation with access to warm weather for navigation, the Russians were faced with an ice-filled port that impedes navigating and the only way out was either blocked by the British or will have to face the Ottoman Empire who was never at the friend zone with the Russian Empire through the Colonization Era.

These problems and others, I may not have mentioned or merged into the points above, restricted the Russians from claiming a colony in Africa.

If you feel I didn’t add something that needed to be added or you want to make a contribution or complaint, you can use the comment box or by mail.

One thought on “Why Russia don’t have any African colonies”