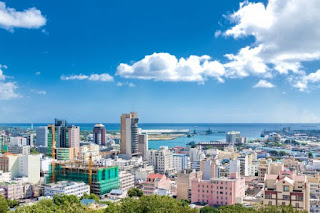 Mauritius is an island country off the coast of continental African and it’s situated in the Indian Ocean. The country is made up of the island of Mauritius, Rodrigues, Agalega, and St. Brandon with some islands claimed by Mauritius. The country is one of the many countries colonized by the British, which independence was achieved on 12 March 1968.

Below are 10 interesting facts about Mauritius:

1. Mauritius is the only country in Africa hosting the highest Hindus worshipers. The largest practiced religion on the island is Hinduism which may be a result of its closeness and strategic location to Indian traders.

2. Mauritius was initially a Ditch possession in 1598 for over a century before it was abandoned in 1710. French took control of the Island in 1715 before ceding it to the British in 1814. It should be noted that the Portuguese had a presence on the Island around 1505 which a ship stop was established for their spice trade.

3. The Island country of Mauritius has no official language enacted into law or written in any official document of the country. Moreover, English is used to run the government, business environment, and the courts. French is often widely spoken and used in Newspapers and works of literature, but Creole is the lingua franca of the Island.

4. The Island was named after a Dutch Prince, the name Mauritius was obtained from Prince Maurits Van Nassau, the ruler of the Dutch Republic.

6. The British Monarch was the Head of State of Mauritius even after independence up till 1992 when a constitutional amendment came into effect and Mauritius has proclaimed a republic.

7. The Aapravasi Ghat in Port Louis and Le Morne Cultural Landscape which is located on the peninsula on the Southwest of the island are UNESCO World Heritage Sites.

8. With its per capita exceeding $12,000, Mauritius is one of the wealthiest countries in Africa and it possesses one of the lowest levels of corruption in the world.

9. Mauritius does not have a standing Army, the responsibility of the military, police, and security functions are carried out by 10,000 active-duty personnel under the command of the Commissioner of Police of the Mauritius Police Force.

10. Indo-Mauritius makes up the majority of the population of Mauritius, with Mauritian Creoles making up the second-largest ethnic group on the island but they are also the presence of other ethnic groups namely  Franco-Mauritius, Sino-Mauritius, etc and other foreign national.

Bonus: They are no poisonous snakes on the island

Let us know what you think in the comment box!!