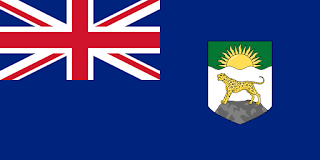 Nyasaland was a British protectorate located in Africa was established in 1907. It is a former British Protectorate that is presently Malawi. Modern-day Tanzania, Lake Nyasa, Mozambique, and Zambia all form a part of the border of Nyasaland.

The inhabitants of Nyasaland can be traced to some ethnic groups including the Yoas, Chewa, The Lowes, Tonga, The Tumbuka, and the Ngoni. The area has been inhabited for about 12,000 years prior to the arrival of the Europeans and was first visited by Europeans when the Portuguese adventurer Gaspar Bocarro sailed to Africa around 1492.

In 1859, a Scottish Missionary David Livingston arrived on the shores of the lake and named it Lake Nyasa and called on other missionaries to come to Africa and fight off the slave trade on the continent.

European trade station was built in 1884 at Karonga in the Northeastern part of the territory by the African Lakes Company which was owned primarily by Glasgow Traders. As the quest to acquire more possession in Africa increased, the Shire Highlands Protectorate in 1889 was transferred to a Protectorate of the Crown.

The protectorate also witnessed a period of a name change from Nyasaland District in 1891, to the British Central African Protectorate in 1893, and the Nyasaland Protectorate which it bore till its independence from the United Kingdom in 1964.

Nyasaland like every other African nation resented the British rule and in 1915 it revolted. The revolt was led by John Chilembwe against the British Government in Nyasaland but it was unsuccessful but it was able to awaken the spirit of freedom among the people.

In 1964, Nyasaland gained its independence from the United Kingdom and was renamed Malawi in reference to the Maravi, a Bantus people who came from Congo, about 600 years before, and Dr. Banda was elected the nation’s new President.

One thought on “Nyasaland – Malawi : The Orange Journal”