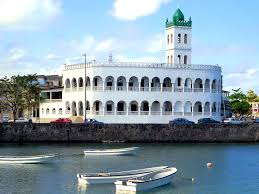 Union of Comoros also called Comoros is an island nation that is located in the Indian Ocean. The country is situated on the Eastern coast of Africa and is the only Arab Muslim country in the Southern Hemispheres. If you check your map you may likely see it but when you look closely to the North of the Mozambique Channel you will see the scattered Islands that form Comoros. Below are 10 interesting facts about Comoros that many people don’t know.
1. It has a population of about 820, 000 people of mixed ethnicity with Shirazi people being the majority and Malagasy following behind with other ethnic groups as well.
2. The Island was colonized by the French from 1886 – 1975 when it got her independence on 6 July 1975.
3. Comoros Island is home to one of the world active volcano in the world at Mount Karthala in the Ngazidja is the highest point in the country.

4. The official language of the Union of Comoros is French, Comorian, and Arabic, at least every citizen in the country known how to speak two if not three of the languages.
5. Moroni is the capital city of Comoros and it is also located at the largest Island of Ngazidja.
6. The country is the 27 smallest countries in the world and Africa fourth-smallest country with a total area of 2235 square km.
7. The flag of Comoros is divided into five colors, green represents Islam, which is the prominent religion in the country, Yellow represents the Island of Moheli, white represents the Island of Mayotte, Red represents the Island of Anjouan and blue represent the Island of Ngazidja.
8. The French government-administered Mayotte as a department of France but the land is still claimed to this day by the Comoros government with the backing of the UN.
9. Since its independence the country has witnessed a total of 20 coup d etat and attempted coups, with various assassinations of the Head of State.
10. The country practice a federal presidential system of government of which the presidency is rotational among the islands.
Leave a comment below!!!