What is left of the monarchy in Africa

Mar 30, 2020 Africa, African, African monarchy, What is left of the monarchy in Africa
0shares

What is left of the monarchy in Africa 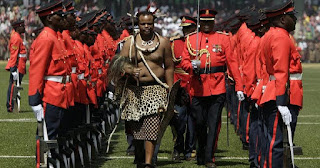 The African continent is made up of fifty-five countries which forty-seven of them are a republic, and three monarchies, the three remaining monarchies in Africa are Lesotho, Morroco, and Eswatini, two in Southern Africa and the other one in North Africa. Below are the remnant of what is left of the monarchy in Africa.

Eswatini
Eswatini is the only absolute Moonachie in Africa where the head of state and government is the king of Eswatini, King Mswati III. Eswatini, formerly known as Swaziland is a country in Southern Africa that is a confederation of African tribes. The present location of the Swazi people was made possible by Chief Ngwane III when he moved his tribes and unite with other African tribes.
Absolute monarchy was in 1973, Sobhuza III abolished the Constitution and declared himself absolute ruler. Some constitutional reform was introduced to allow for democratic participation in 1998 after the adoption of a new constitution, but, in practice, absolute monarchy remains prominent in the administration of the country.

Also read: History of Africa before 1879

Morroco
Morroco is a former French colony and is located in the northwestern region of Africa. It is a constitutional democracy, and the King has some limited power like chairing the Supreme Council of the Ulema, charged with maintaining Moroccan Islam, as well as the Supreme Court, he is also an active member of the cabinet of Morocco, having the power to remove a minister and set the government agenda, he also chairs the Security Council which oversees the military.

Morocco got her independence in the year 1956 with Sultan Mohammad Ben Youssef taking the title of King Mohammad V. The present monarch of Morocco is King Mohammed VI who took over in 1999. 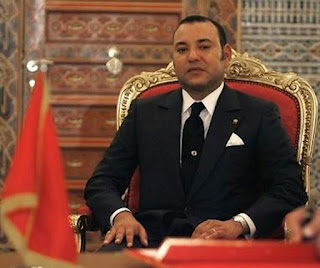 Lesotho
Lesotho is a tiny independent nation in the enclave of South Africa. It is also a constitutional monarchy. It was administered with the British Cape Colony before it was granted full British control in 1884 under the name Basutoland. Lesotho got its independence in 1966 and retained its constitutional monarchy system. Still, it was abolished in the 1970 coup by Prime Minister, thereon the monarchy was left out of government until the restoration of democracy and the ascension to the in 1996 by King Letsie III.
Feel free to also read about The Last King of Africa
Drop your comments below!!!