Omar Al-Mukhtar – The Lion of the Desert 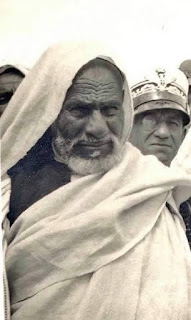 The Italians succeeded in the conquest of Libya in the year 1911, and their occupation was so unpopular among Libyans during those early years up to the second world war and Libyan Independence in 1947. One of the most famous resistance against the Italian occupation of Libya was the Sanusiya movement, which was headed by Mohammed Ibn Ali as – Senussi (1787-1859) and the most famous resistant movement under Senusiya was the one led by Omar Al- Mukhtar. 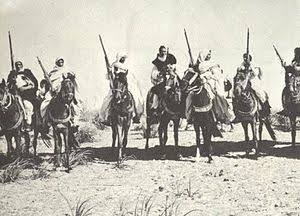 Omar Al-Mukhtar, also called “The Lion of the Desert” known among the colonial Italian as Matari of the Mnifa, was the leader of the native resistance in Cyrenaica currently Eastern Libya under the Senussids against the Italian colonization of Libya. He was born on 1858 to a low-income family in the town of Zanzu near Tobruk in the region of Cyrenaica (present-day Libya), he got his early education from a local mosque before continuing his studies for eight years at the Senussi University in Jaghbub. He was a Quranic teacher by profession and a learned person on Islamic laws.

Also read : Sacking of AU ambassador to US and Neo colonialism

After Italian colonization from 1911, he led some successful campaigns against the Italians for more than 20 years, and he fought the Italians using guerrilla tactics and his knowledge of the terrains to successfully attack and inflict massive damage on the Italians in Libya. Since the Italians were trying unsuccessfully to capture him and his men, they decided to purge the Libyan population for being sympathetic to Omar’s efforts to get rid of the Italians by forceful detentions in concentration camps. An estimate of about 125,000 Libyans died as a result of the harsh treatment and murder in the camps. 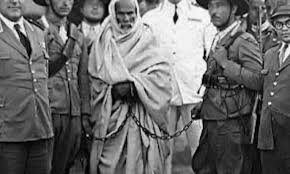 The resistance continued despite efforts by the Italians to crush it, it was in 1931 when Omar Al-Mukhtar was ambushed and wounded near Solonta that he was captured by the Italians who hanged him before his followers in Suluq POW camp after fail attempts to persuade him to ask his soldiers to stand down and stop resisting the Italians. 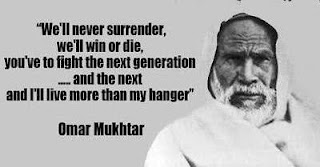 He is widely remembered in African and Libyan History as a revolutionary and anti-colonialist, his legacy is felt in Libya today, and also it should be noted that he played a role in the fight against the French Colonization of Chad and British Occupation of Egypt.