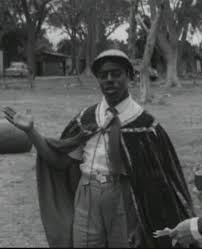 When John f. Kennedy gave his moon address on September 1962, and the USSR was also planning to the same, they were another country in Africa nursing the same ambition to land a man on the moon and mars before the united states, and the soviet union and the country were Zambia.
Zambia is an African country in southern Africa who got her independence from the British in 1964, and the first thing on their mind was to beat the United States and the Soviet Union by landing a man on the moon as well as Mars.

The Zambian Director and Founder of the Zambia National Academy of Science Space Research and Philosophy, Edward Makuka Nkoloso hoped to reach the moon before the United States and the Soviet Union in the Space race by sending a girl of 17 years old, two cats to the moon and a continued mission to mars with a missionary which he warned not to force the mars people into Christianity. 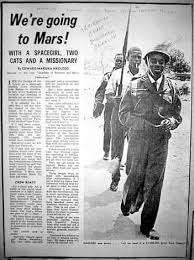 The participant of the program was called “Afronauts (African – Astronauts)”, trainees for the space mission were rolled down in a rough hill in a 200-litre oil drum to give them the feeling of weightlessness for both space travel and entry. The Rocket named D-KALU (named after the first President of Zambia, Kenneth David Kaunda), the rocket was a 3 metre by 2-metre drum-shaped vessel made of aluminium and copper which Makuka believes was space worthy. 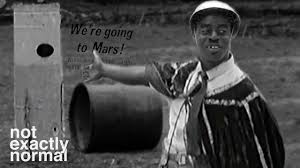 The launch date was proposed for 24th October 1964, but it was not approved because it was the day approved for Zambian Independence Celebration. Makuka Nkoloso requested a grant worth 7 million zam from UNESCO (United Nations Education, Scientific, and Cultural Organization) and 1.9 million zam from other private establishments for his space program but didn’t get any.
Due to lack of fund and seriousness among his trainee the rocket never left the ground and Makuka Nkoloso died with his dreams on 4 March 1989 but before that he watched the United States land Neil Armstrong on the moon on July 20 1969