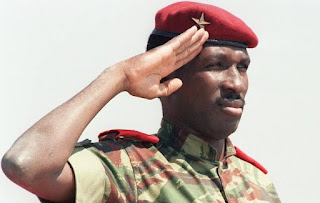 Thomas Sankara was the former president of Burkina Faso (1983-1987), he is one of Africans leaders that should be remembered for being a strong advocate of Pan Africanism and a revolutionary leader. He is seen as a charismatic leader and sometimes referred to as “African’s Che Guevara.”

Thomas Sankara was brought to power in 1983 when a group of revolutionaries seized power in a popularly- supported coup. At the age of 33, Thomas Sankara became the President of Upper Volta (Burkina Faso). He carried out a lot of economic, social, and political reforms in the country.  He single-handedly proved that an Africa country can be self-sufficient and self-reliant.  He remained the country to Burkina Faso, which means “Land of Upright Man or Land of incorruptible people,” which is a reflection of the culture he was promoting among his people.

Also read: 10 things you may not know about Adolf Hitler

Sankara’s radical developments and national economic program shoot the foundations of the traditional financial system imposed on African by the colonialists.
Most of his national policies were focused on preventing famine with agrarian self-sufficiency, mass literacy educational campaigns, promotion of health care, land reforms in the country, he also went ahead to combat deforestation by planting over 10,000,000 trees, redistribution of lands from feudal landlords to peasants and establishment of roads and railways programs. It was during his administration that Africa experience for the first time a woman in the cabinet or such a high government position in the continent of Africa. 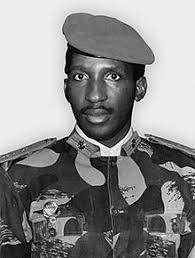 Most of his reforms were not so welcoming to their former colonizers, France, and its ally Ivory Coast, including the feudal lords and chieftains in the country. His foreign policies were anti-imperialistic and his government pushing for odious debt reduction, nationalizing all lands and mineral wealth and averting the power and influence of the International Monetary Fund and World Bank.
Thomas Sankara was assassinated on 15 October 1987 by forces led by Blaise Compaore, who became the President afterward.
Quote by Thomas Sankara before his assassination: “While revolutionaries as individuals can be murdered, you cannot kill the ideas.”