10 Amazing Facts About Nigeria, you should know 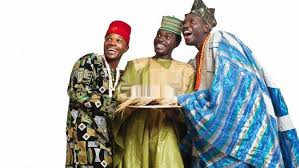 Nigeria is the most populated country in Africa and one of the fastest-growing economies in the region, with the recent criticisms and adverse reactions faced by Nigerian internationally, it should be noted that Nigerians are outstanding and smart people, below are 10 amazing facts about Nigeria, you should know:

1.    Nigeria has the highest rate of private jet owners in Africa: Nigeria has a lot of private jet owners in the country who are mainly politicians, pastors and business moguls in the country, the richest black man in Africa is from Nigeria and host of man other prominent businessmen. The African Business Aviation Association (AfBAA) estimates that there are already up to 600 business jets in Africa. According to them, although China leads the way globally, Nigeria is the second-fastest-growing market in the world and is home to more private planes than even South Africa.

2.    The Dufuna canoe is the second oldest water going vessel ever unearthed and the oldest in Africa, it is between 8 000 to 8 500 years old and was uncovered in Northern Nigeria.

3.    The first Black African to win gold at the Commonwealth Games and at an international sports event was Emmanuel Ifeajuna, a Nigerian high-jumper. He broke all records of the time by clearing a height of 6ft and 8in

4.    When there was a coup in São Tomé and Príncipe in 2003, Nigeria restored the elected President back to power.

6.    A Nigerian family, The Imafidon family, have officially been named the smartest family in the UK.

7.    60% of Nigerians in the US have college degrees. This is far above the American national average of 30%.

8.    Nigeria spent over $3 Billion and lost hundreds of soldiers to end the wars in both Liberia and Sierra Leone, which the world ignored because they have no oil.

9.    Amina was a warrior queen who ruled Zaria Emirate in Kaduna state, Northwestern Nigeria 400 years ago in 1610.

10.    The World’s fastest supercomputer was designed by a world-renowned inventor and scientist, Philip Emeagwali, a full-blown Nigerian whose patency was awarded in 2015.