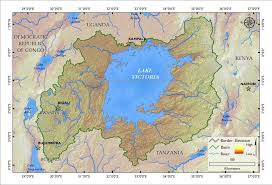 Lake Victoria is the largest lake in Africa, it is a huge lake that is located in Eastern Africa along the equator and boarders countries like Uganda, Kenya and Tanzania.
It has an area of 26,828 square mile (69,484 squ km). It has the greatest length from north to south as 210 miles (337km), its coastline exceeds 2,000 miles (3,220km). 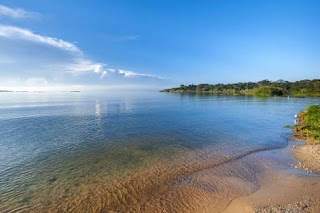 The lake’s surface is 3,720 feet (1,134 metres) above sea level, and it’s greatest ascertained depth is 270 feet (82 metre). Lake Victoria has a large species of fish which is more than 200 and Tilapia is the most important economically. 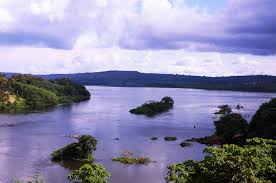 It has been recorded that 80 percent of the lakes water comes from rain while other 20 percent comes from small stream flowing into the lake, the Kagera River is the largest river that flow into the lake while the two rivers that flows out of the lake are White Nile and Katonga river.
The first European to sight the lake was John Hanning Speke and it occurred in 1858 on his exploration to Central Africa and one of Africa worst maritime disaster took place on May 21 1996 when the ferry MV Bukoba sank in the lake, killing approximately one thousand people.
Leave your comments below!!!

One thought on “Lake Victoria : Fact, Geography and Origin”