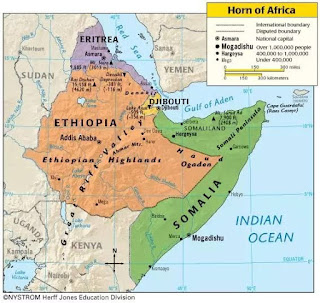 The horn of Africa is located in the Northeast of African continent and it is a peninsula. It extends into the Arabian Sea and along the South of the Gulf of Aden. The countries that make up the Horn of Africa are Ethiopia, Eritrea, Somalia and Djibouti.

Bio data of Countries in the Horn of Africa 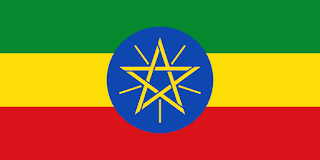 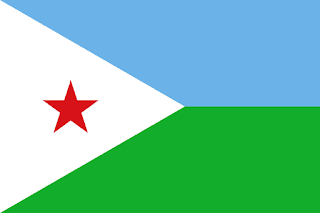 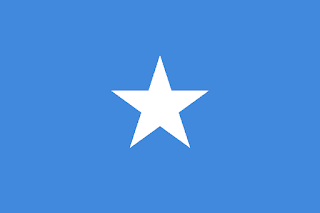 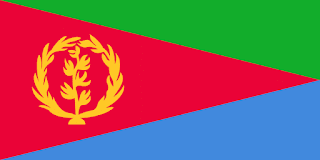 Official Language: None but has a working language (Tigrinya, Arabic and English)
Currency: Nakfa

They are sometimes referred to as the Puntite by the Egyptians,  Abyssinian (Abyssinia, former name of Ethiopia), and are currently referred to as the Horners. The land areas covers approximately 2 million km2 (770 thousand sq mile)  and with a population of roughly 115 million people (Ethiopia: 96.6 million, Somalia 15.4 million, Eritrea 6.4 million, and Djibouti 0.81 million)  and they share border with Sudan to the North,  Southern Sudan to the West,  Kenya to the South and the Red Sea, Gulf of Aden, Arabian Sea to the East. 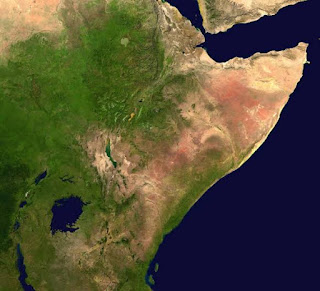 The Horn of Africa contains diverse terrains like the Ogaden desert, the highlands of Ethiopian Plateau, the Eritrean Coast as well as that of the Somalians and it is a home to Amhara, Tigray, Oromo, and Somali people. The Horn of Africa also called the Somalia Peninsula has three dominant religions that is widely practiced by the people and they are: Islam, Christianity and Judaism but they also have little segment of the population that practice traditional religion and practices.
The economy of the Horn of Africa according to IMF 2010 had a total GDP(PPP) of $106.224 billions and nominal of $35.819 billion. Some countries relies on export of products like coffee in Ethiopia and Banana and livestock in Somalia.
What do you know about the Horn of Africa,  tell us in the comment below.
Please share and inform others.